In the waning days of December, I gave a journalist friend the nickel tour of the Park. Next thing I knew I was on KCBS radio, talking about finding inspiration in the park and the writers who built it. Then all of a sudden, the idea for a new CWC memorial grove for writers was OUT THERE in the world! 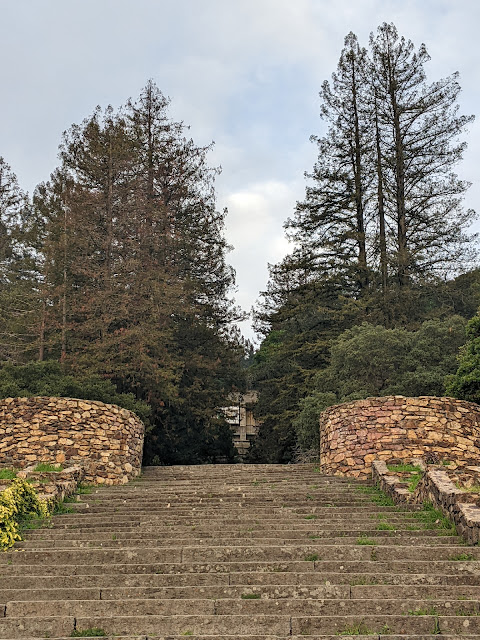 Alongside the Woodminister Cascade, which was built by the WPA run two stands of redwood trees that were planted in 1934. Each one of them is named for a California Writer. Oakland honored its first poet laureate in 2021, so this is a good time to think about honoring writers in the last 90-some years.

I kicked the idea around with Tim Vendilinski, the “Oak Evangelist” of Friends of Sausal Creek, and this week we took a walk to imagine a space where the literary arts could thrive in the woods alongside our wonderful city amphitheater. We were joined by Dale Risden, the Park's current spiritual (and physical) guardian, and Amos White, social justice eco-energizer and founder of 100K Trees for Humanity. As we walked, the four of us envisioned defining small sections of the park as spaces for writing, reading, painting, inspiration, and performing. Grounded in the idea of restoring natural ecosystems, a sanctuary for creative inspiration would honor the historic cultural force as a place of communion and connection. 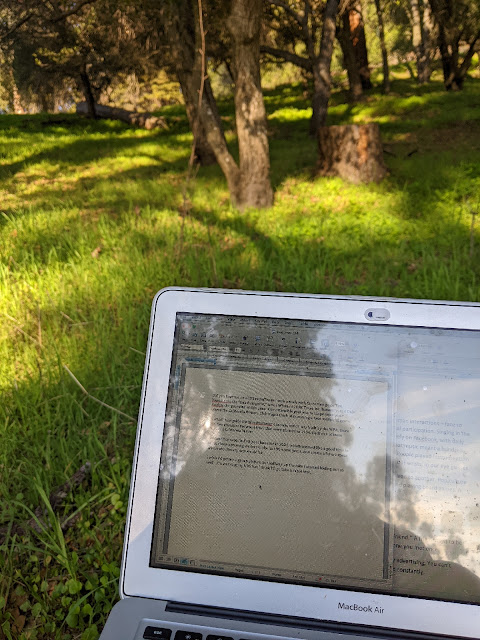 When you walk with historians and naturalists, you see everything around you differently. I scribbled notes as Tim talked, and learned many things. Word of the day: FORB. (My dad, Jan Baumgardner, whose name means “forester” in German, used to use a similar pretend fun word: “thorb.” I mention this because it was his 85th birthday!) Forbs are broad-leafed herbs that aren't grasses. Tim bent down to introduce me to soaproot, dock, and plantains, all of which have edible, healing, or chemical magic in them.

Hot tip: Kill your Pyracanthus! Even though it's fun to see birds get drunk, they're thorny and invasive non-natives. Replace them, and your Cotonyaster (before birds spread the berries) with native Toyon! It has beautiful berries, fills the same landscaping purpose, and you can maybe find one at the Friends of Sausal Creek nursery sale. Tim has compiled an incredible resource for anyone interested in Wildscaping with California Plants. I can't wait to rethink my own yard! 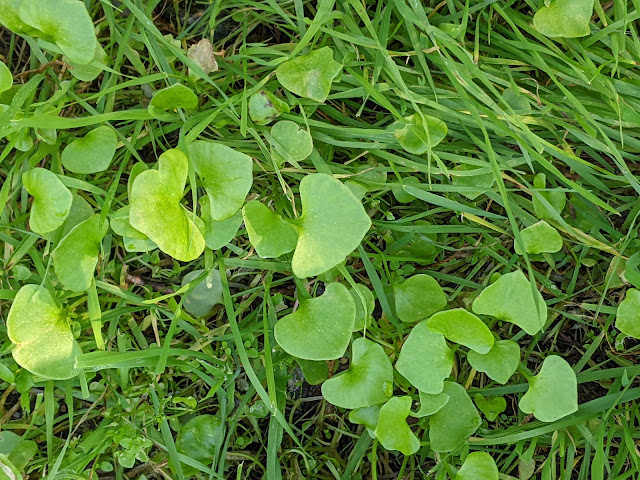 We snacked on miner's lettuce and talked about rescuing oak seedlings, which you can replant when they are tiny, before they send down the huge tap root that makes them so drought-tolerant. If you see one growing in a good spot, just give it room and stand back! Give it some friends—forbs and native grasses, and soon you might have yourself a microforest with native birds, bugs, and other delicate volunteers. 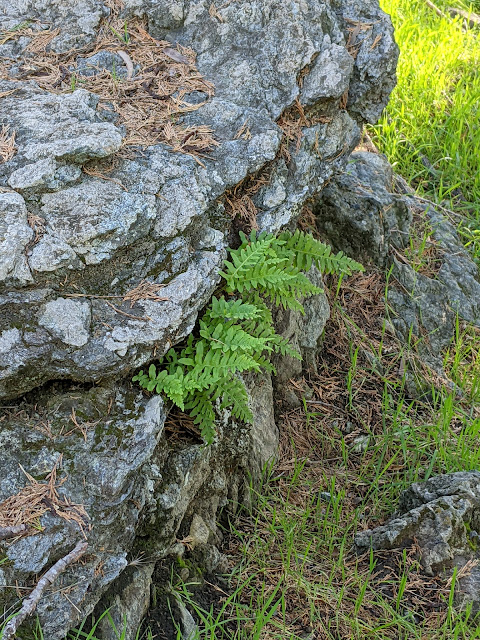 We were dismayed at the destruction of a fence built lovingly by the biking community, torn apart by other park visitors who felt they had the right to maximize the tattered slope's magnificent gravity. The topsoil is eroded and the serpentine rocks jut out where the only known assemblage of two rare and now possibly extinct plant species, the Oakland Star Tulip and the Tiburon buckwheat, once existed. Amos and I lifted the beams back into place and he dug out soil with a stick to prop it back up. 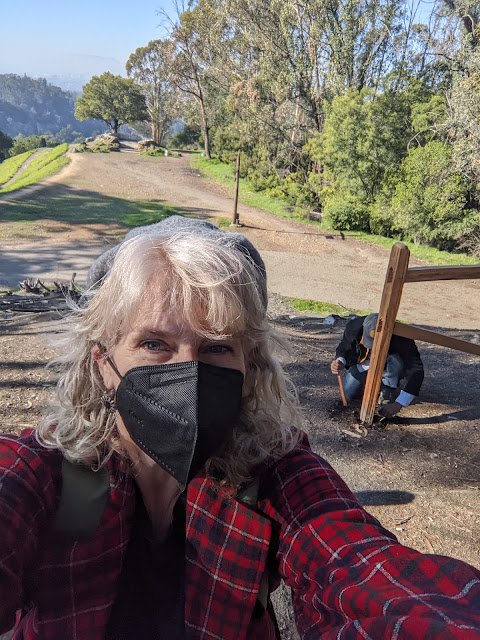 In the end, Dale and I realized that the existing California Writers Grove, the stand of redwoods that flanks the Woodminster Cascade, the one I spoke of on the radio, is in terrible shape. Perhaps the central board of this now state-wide professional group can help do something to save it. Tim suggested we hire a professional arborist to evaluate whether the historic redwoods can be saved, and replace the non-native understory with native bushes, grasses, and forbs. Forbs!
(Or as I will call them, in honor of my silly dad, “thorbs.” My family has a poetic license! But I will save that story for a future blog.) 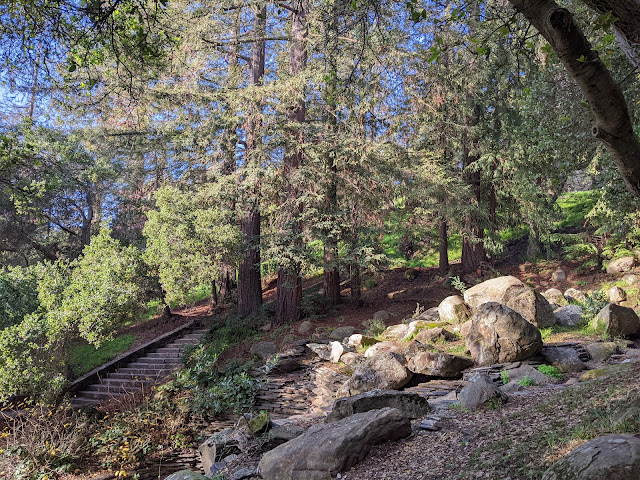 The California Writers Memorial Grove is stressed and in danger 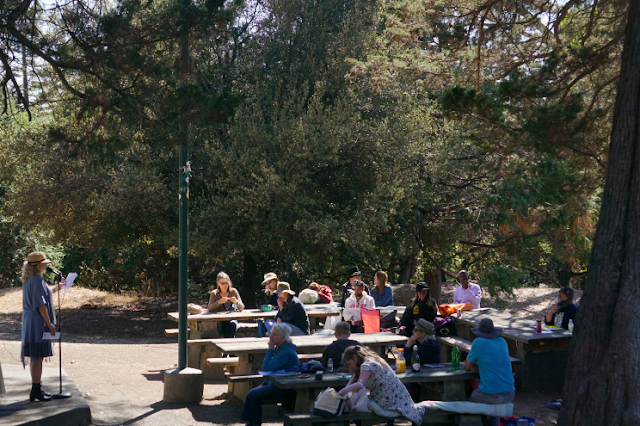 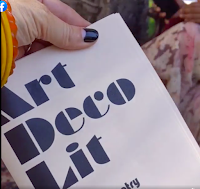 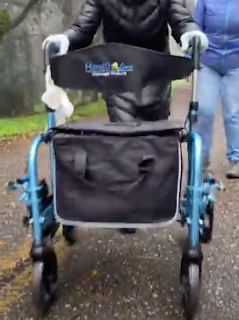