The Silent Sentinels: Hear Their Voice

- November 30, 2022
I couldn't get up to the Park again today...I miss it...but I did submit this report about my wanderings in the Memorial Grove to the CWC Bulletin.
Walk with me, through the Park where poets lived, and try to imagine an Oak Woodland down there, not a town creeping up the hill, not a temple pointing to the sky, not a stadium, airport, and in the distance, the jutting middle finger of a bigger city. Try to imagine humans seeking truth, seeking each other, feeling the sky is enough, seeing it through impassioned verse and purple prose. So inspired, that over the years they saw the view through to become a park. These Hights that once swarmed with artists, with storytellers, all with the call of some frontier or another in their veins. 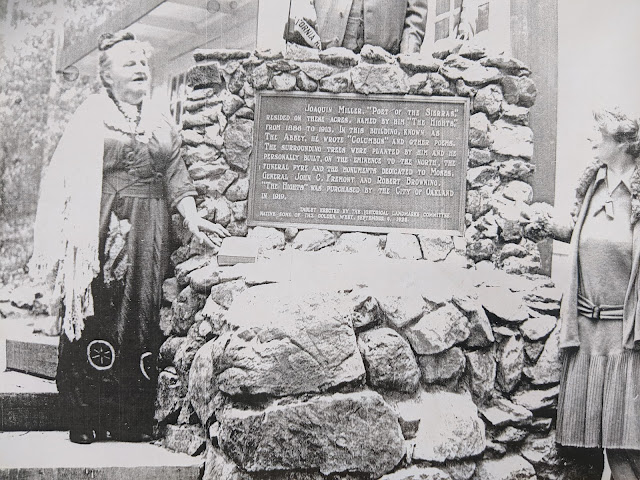 As the CWC Writer-in-Residence I walk and write weekly in the Park, dodging bicycles and poison oak, spying on crows and squirrels, snacking on miner’s lettuce and berries, trying to build a bridge from that world to this one, and to what comes next. We need swarms of poets again, singing in the hills, fresh words flowing, knitting visions and unity. I try to do something every California Writers Week, where the works of historic writers are read. I’ve managed to host a few gatherings over the years, some lately featuring the resonant Ayodele, Oakland’s first Poet Laureate, reading the words of Ina Coolbrith, California’s first Poet Laureate, also America’s first poet Laureate. Goosebumps. We’ve unofficially named sister trees for the two of them. Can you hear the redwoods sing? I can. 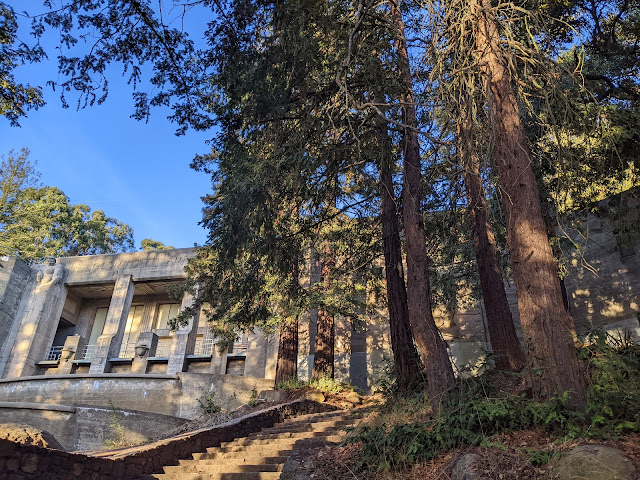 I'm currently working on the mysteries of the Writers Memorial Grove, planted within and around the WPA Cascade, dedicated in 1941 to the writers of California by our club, which was going strong by then. I’ve deduced from the map Linda Brown hunted down that the redwoods on one side are named for men—Stevenson, London, Sterling, Stoddard—and on the left for women—Doyle, Cleveland, Austin, Atherton, most now lost to history. There once were markers on all the trees. I’ve learned from another writer in Friends of Joaquin Miller Park that a madwoman in the 1960s wanted to cut off the tops of the trees so she could have a better view of the Bay from her picnic table at the top of the amphitheater. She mixed up the signs, as a prank, and then they all disappeared.
On my to-do list is a visit to the archives to look up the unmarked trees, to learn the history of this stand of giants, which is our legacy as a club. I'm looking into replacing signage, and re-marking the trees in hopes of preserving and expanding the grove. And planting trees for writers everywhere, because we need to plant trees. Wouldn’t it be great to honor some California writers, great since the 1940s? Who would you nominate? Would you like to work with me on this project? Write me at vp.cwc.berkeley@gmail.com.
Join me in the Hights! Do you ever get to Oakland? Look me up (up, up, up the hill) and come listen to the minister of the woods. Bring your pen and notebook. The inspiration is still there. Can’t make it? Walk with me on my blog, Walkin’ with Joaquin. Click the three bars to subscribe!
Location: Joaquin Miller Park, 3300 Joaquin Miller Rd, Oakland, CA 94602, USA 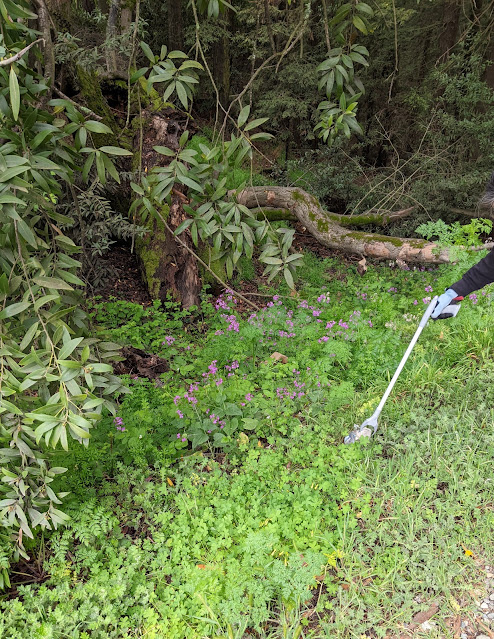 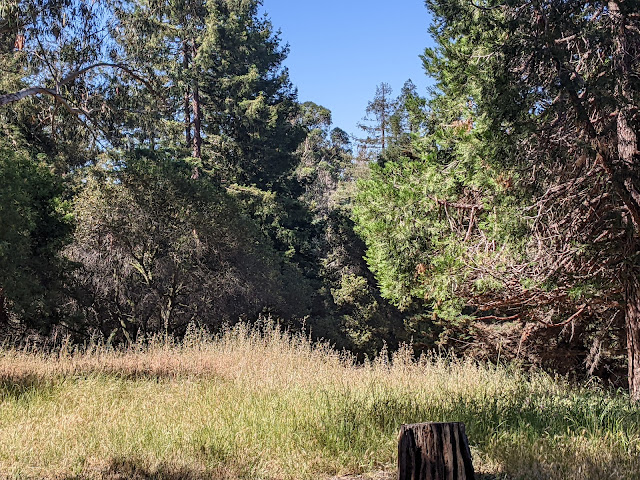 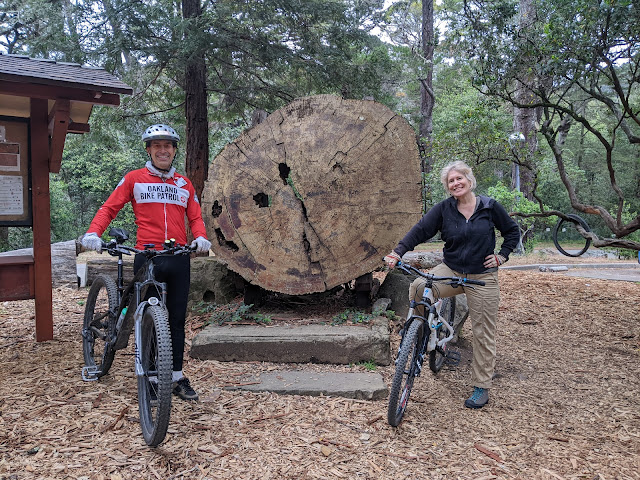 Excited to hit the trail with John Roberts of BTCEB Many if not most of the Friends of Joaquin Miller Park meetings and email threads include conversations about bikers at the park. On the one end of the spectrum are jerks from other cities who ignore trail markers, build illegal jumps, and zoom past or even insult hikers. On the other end of the spectrum are the park guardians. I asked John Roberts of the Bicycle Trails Council of the East Bay  if he'd show me the park through his eyes, or at least at his speed. We met at the Ranger Station and he unloaded an extra set of wheels. Mountain bikers are mostly men—but I know my way around a bike. My brothers, cousins, surrogate sons never thought to invite me on a mud run. But John loaned me his daughter's bike—he'd raised her on the trail. My husband bikes to work, but would begrudgingly load up for our own family trips along the shoreline. Once we started dropping our own son and his wheels off at Chabot Science Center (wher
Read more